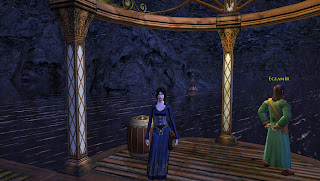 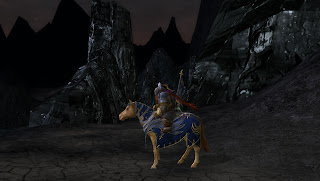 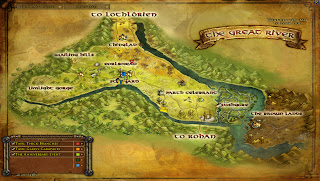 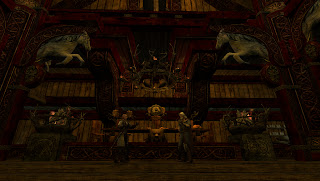 Once again Scarybooster is having his annual developer appreciation week (I was reminded by Blue Kae just like last year). This being the MMO "Love In" I can hardly pass it up :-)

After some serious thought, this year my shout out goes to Bioware. Star Wars the Old Republic is the best new MMO, to my personal tastes, since Lord of the Rings Online launched ages ago. Since launch, SWTOR has given me an enormous amount of entertainment. I love the environments, the storylines, and the costume designs. Bioware created a world filled with interesting narratives that is a joy to explore.

I also feel that SWTOR is an important evolutionary advance over the DIKU style MMOs that came before it. For whatever reason Bioware doesn't seem to be getting much credit for that. The fully dialogued branching story-lines are an obvious advance over the narrative presentation of previous MMOs; even the worst curmudgeons generally seem to get that. The fact that roughly 30% of your solo quests are unique to your class is also a huge improvement over most quest based MMOs. Beyond that, there are additional changes to the WoW/ EQ formula that the game seems to get no credit for. I don't want this to be a novel, so I'm going to focus on two examples:

Combat against groups: Combat in SWTOR is balanced around groups of mobs rather than single mobs, and the mobs you encounter vary greatly in their difficulty. A combat with three normal mobs, one or two normals and a silver, or a single gold (all very common encounter combos) require very different approaches. This adds a sense of variety to solo PvE questing that is nearly absent from most MMOs. You absolutely cannot use the same strategy to pull a gold (an elite) that you use to whack down a group of minions.

It's not like WoW or EQ II where there are the occasional weak mobs that are tied at the hip in very specific areas, and other areas (likely most) where you mainly get weak solo mobs on the majority of pulls. In every single solo quest area of SWTOR you will encounter an admixture of strong and weak mobs grouped together in different combinations, and you need to be ready to deal with any of them. Getting to the point where you can easily deal with any group of mobs you'll likely encounter makes you feel like an utter badass. My SWTOR characters feel more powerful than some of my characters in Super Hero MMOs like City of Heroes or Champions Online.

Companions: yes indeedy there are a number of MMOs where you can adventure with NPCs that are nearly as powerful as you. Guild Wars, Everquest, Lord of the Rings Online, and Dungeons and Dragons Online off the top of my head. However, in no other MMO (that I am aware of) do these NPCs feel like real individuals you can interact with. In SWTOR your companions have distinct personalities that you either dig or irritate you. They are fully characterized. If you level your affection with a given companion far enough, they will also open up unique side-quests. There is no system like this that I know of in other MMOs, where who you choose to hang out with really alters the course of your game.

These are just two examples, I didn't even get into the crafting system or the new legacy system. While everyone and their granny seems to be cursing Bioware for not being innovative enough in their latest offering (e.g., "It's WoW with a Star Wars skin!!!"), Bioware actually offered us a new MMO with a number of important evolutionary steps over previous DIKU MMOs.

My belief is that a silent majority of MMO players rarely group. Bioware has enhanced soloing to a level that previous MMO designers haven't even contemplated. On top of that, all the standard group fare you'd expect in a full featured MMO (battlegrounds, raids, group quests, ect.) are still there. You may not care for the innovations Bioware brought to the table, but Bioware has indeed innovated in SWTOR.

Honorable mention: I think I bring them up every year, but yeah Turbine again. I recently got an entire new adventuring area in LoTRO 100% free due to being a lifer. The expansion coming to Dungeons and Dragons Online over the summer also looks fantastic. Other MMOs may come and go, but LoTRO and DDO are the ones I always come back to.
Posted by Yeebo at 6:08 PM 4 comments: 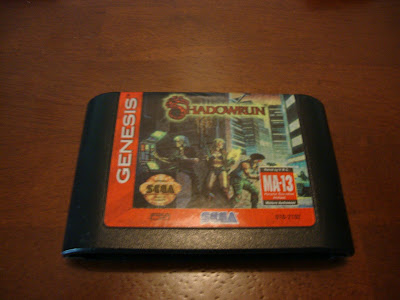 If the thought of a modern Shadowrun CRPG fills you with the same delight as me, feel free to head over and donate.
Posted by Yeebo at 9:47 AM 8 comments: