Warcraft winding down for Grizlith

About two weeks ago I finally hit 85 in World of Warcaraft, on a gnome fire mage that I started from scratch when Cataclysm went live. I had a grand old time leveling Grizlith up. The revamped 1-60 zones are impressive. The BC zones were a bit grindy, but I had a lot of fun in the Lich King zones and the Cataclysm zones were even better. Because I took mining and skinning as my crafts, I was easily able to afford mount upgrades as they came. I even bought the 280% -> 310% flying speed upgrade the moment I was high enough level for it.

However, at 85, I'm running out of stuff to do I much care about. I bought some giant bags. I also spent 1800 gold to upgrade my flying mount from this: 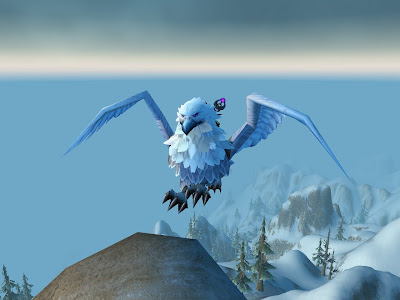 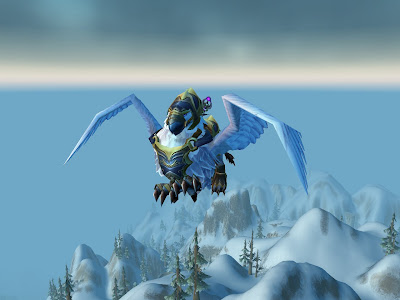 Because an armored mount is oh so much cooler. I also spent 1200 gold on a new hat: 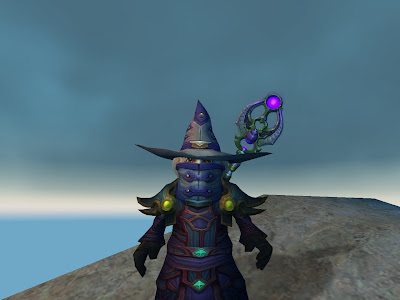 My old one, which will remain forever undepicted here, looked like a graduation cap and a cartoon anvil had a love child. /Shudder/ The stats on the new hat are a bit better as well.

I'm currently working on Tol Barad, but I'd need to get to Revered rep there to get the things I really want. I have also started the Argent Tournament quest series, and I'm finding it to be a good bit of fun. However, it only takes me about 30 minutes a day to do all I can out there. Short of those areas, I have archaeology and the 50 mount achievement to work on.

I expect to be done with all of those goals at least by the middle of spring. After that, if I even stick out what I'm working on, Grizlith will go into slumber for a while. At least this time, unlike past times I've hit the cap in WoW, I'll put him to rest with enough gold to get going on whatever new challenges await when Blizzard releases the next expansion in 2012 (or whenever they get around to it).
Posted by Yeebo at 6:58 AM